I am writing today for all my fellow commuters who, like me, plan their nights around their early commutes in the morning – whether they are traveling by bus, train, bike, or all three (it’s been done before).

When you finally find the internship or job of your dreams, you are going to take the position regardless if it is a five-minute walk from where you live or a commute of up to two hours away. I knew going to Hofstra a few years ago that I planned on interning in the city even though my university is on Long Island.  Two and a half years later, I am now a Social Media Intern at 360i in Manhattan. I thought it would be fitting to put together a commuter’s survival guide for anyone who is new to commuting or plans on commuting in the future. It might seem overwhelming at first, but you catch on pretty quickly. Feel free to share your own commuting tips and tricks in the comments section below!

12 Tips and Tricks to Surviving your Commute:

1. Monthly, Weekly, and Ten Trips, oh my! Depending on how often you commute into the city, there are different ticket options to look into. People who commute every day usually buy a monthly pass, while I purchase a ten-trip ticket (10 one-way fares) because I only commute three days a week. The ten-trip costs the same as buying 10 one-way tickets, but it more convenient because you do not have to wait in line to buy a ticket every time. After doing my research, I saw that I would lose money if I bought a monthly ticket every month. Pull out a calculator and pencil and find out prices for your commute! With ticket prices expected to rise at the end of the year, you don’t waste your money when you don’t need to. Find out more about tickets here.

2. Know whether you are traveling PEAK or OFF PEAK. Depending on the time of day, ticket prices vary for trains because of rush hour. According to the MTA, peak fares are charged during weekdays for any trains traveling between 6 AM and 10 AM or between 4 PM and 8 PM. Any other times, including weekends, trips are off-peak. For my commute from Mineola to Penn Station, a peak ticket is around 3 dollars more than an off-peak ticket. Pay attention to the time of day so you do not get stuck paying money on the train or waste money on a peak ticket during an off peak time.

3. Buy the CityTransit app for your iPod, iPhone, or iPad. This app is a must-have for anyone who relies on the subway to get around but has not yet perfected the system.  It is a complete guide of the NYC subway system and was one of the Top 100 Paid Apps of 2008.

Want a free alternative that gives specific directions? Try Hopstop.com. This website provides free directions in a number of major cities. It will tell you which subways and buses to take and where to walk. I suggest using this website when you are going to an interview so you know for sure how to get to your destination. You do not want to be late because you did not know where you were going.

4. Text “(Station Name) to (Station Name)” to the phone number 266266 to find out MTA train times. The number will instantly text you back with the next five trains. There is no Internet needed and it is much quicker (standard text messaging rates apply). It is very convenient  to use when you are running to catch the next train but do not know when it is arriving.

5. Use your debit/credit card to pay for your train ticket or metro card. The lines usually move quicker than cash lines because people are not counting money to put into the machine or grabbing change. Also, machines will only give gold dollar coins for change instead of bills when paying with cash. There is always one person who pays for a $6.50 ticket with a $20 bill and then becomes frustrated when 10-15 gold coins drop down into the change slot. The clanking sound the coins make as they hit the tray is never a good sign. Where are you going to stuff all of them?

6. Check the weather before you leave for work. I cannot stress how important this is. I always look outside my window and guess what the temperature is going to be like (most of the time I am wrong). Sometimes the sun is shining bright and 20 minutes later it’s a torrential downpour. Nothing is worse than running through the city in the rain without an umbrella and then sitting in soggy pants all day at the office. It might be helpful to even leave an umbrella where you work in case you ever need it on the way home. In addition, get a feel of how warm or cold your office is when dressing for the day. There is no reason to dress in a heavy sweater with layers if your office blasts the heat. A comfortable worker is a productive worker.

7. Travel lightly! Trains and subways get crowded quickly during rush hour. Limit yourself to one compact bag for your trip. Trying to balance more than one bag with your metro card, wallet, cell phone, and MP3 player becomes too much to keep track of when you are transferring or standing in a mass of people on a moving train. Bring whatever you need for work to the office and leave it there overnight so you don’t have to carry it back and forth. To stay organized, I use my Incase backpack. Always have your ticket handy because the conductor might check it more than once. Also, remember to keep your belongings in your front pockets of your pants so no greedy hands can slip items out of your back pockets.

8. Bring your cell phone charger in your bag. Even if your cell phone is reliable in holding its charge, you should always have your charger with you while traveling into the city for work. It is better to be safe than sorry. You do not want to be alone in the city without a phone in case an emergency comes up or you need to contact someone at school or home. I have had plans after work several times in the city and if it was not for charging my phone all day in the office, I would not have been able to contact my friends to meet up with them. 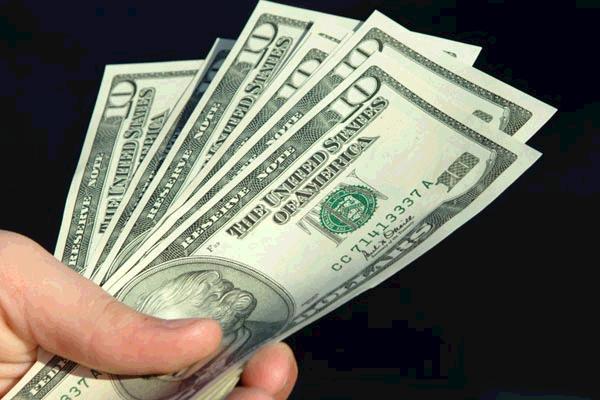 9. Always have a few extra dollars in cash on you. Smaller food venues at train stations usually only take cash. You also never know when a metro card machine is not going to accept debit/credit cards because of an error. Most importantly, you want cash on you in case for some odd reason you have the wrong type of ticket on the train and have to pay the conductor the difference. On the other hand, do not carry too much cash around with you because you do not want to lose it in the shuffle.

10. Wear comfortable footwear during your commute. Ladies, there is no need to wear your designer heels during your trek between buses, trains, and the subway. More than half the time you will have to stand, so why not wear comfortable shoes before you get into the office? My friend wears sneakers or flats and changes into her heels before she gets off the train. Plus, if you are running late it is easier to run in sneakers than stilettos (then again, I don’t really know what it’s like to run in heels). Give your feet a rest when you still can, even if you have to wear white sneakers with your black stockings.  It’s better to look foolish in front of people you will never see again than to potentially injure yourself.

11. Know your proper train etiquette. You were always told to respect your elders. The same rule goes for riding on the train. Give up your seat for senior citizens because they need it more than you do! Also, avoid talking on your cell phone.  The last thing commuters want to hear before or after a long day of work is about the fight you had with your partner the night before. The same goes for blasting the latest Lady Gaga or Kanye song on your MP3 player. People will judge you and ask you to be quiet. In addition, do not take up seats with your bag. Seats will always be completely filled and you will have to sit next to someone whether you like it or not.

12. Get a quick breakfast in Penn Station for $1.99! Breakfast is the most important meal of the day. If you do not have access to breakfast in the morning or you simply do not have enough time, stop by Jamba Juice when you get off your train. They have delicious cups of oatmeal freshly prepared for only $1.99. You can quickly grab one and eat it on the subway or when you get to work. They have several different flavors to choose from: apple cinnamon, berry cherry pecan, blueberry & blackberry, banana, and plain. I prefer to get the apple cinnamon oatmeal with extra brown sugar. I can focus so much better after eating this delicious treat and it holds me over until lunch.

Nick Schweers is a social media junkie and graphic designer who aspires to do public relations in NYC after he graduates in 2012. He is currently a junior Public Relations major at Hofstra University (Long Island, NY) with minors in Communication Design and Marketing. Nick currently interns at 360i in NYC. Learn more about him on his new website: nickschweers.com

About the Author Nick Schweers

6 comment on “The Commuter’s Survival Guide: What Every NYC Intern Should Know”